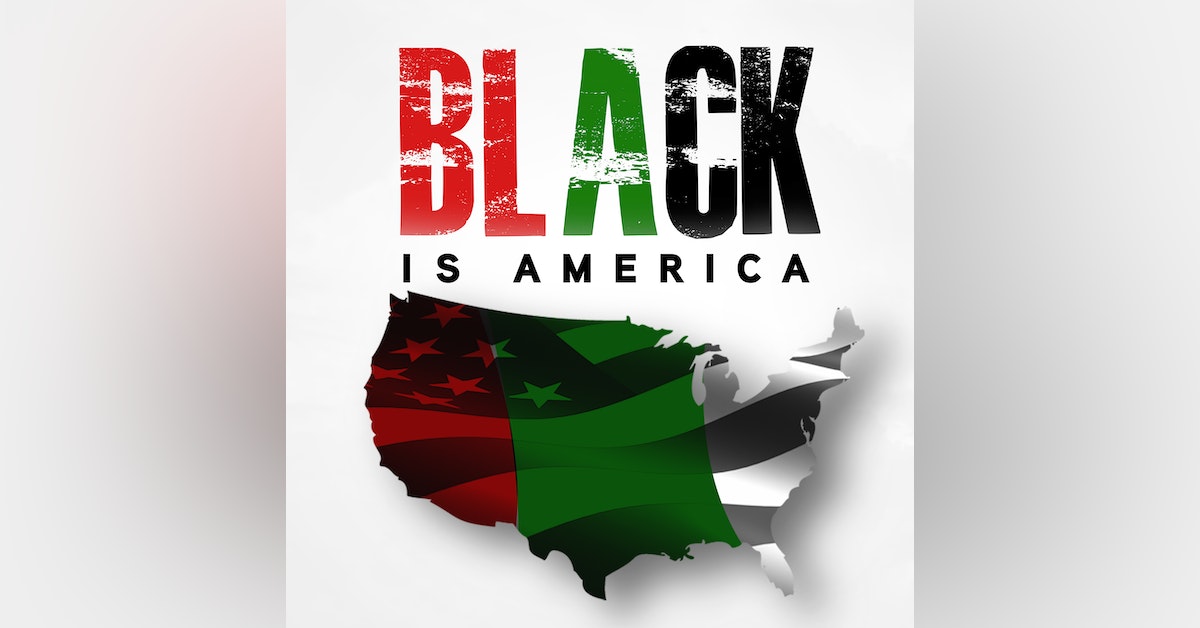 Welcome To Black Is America 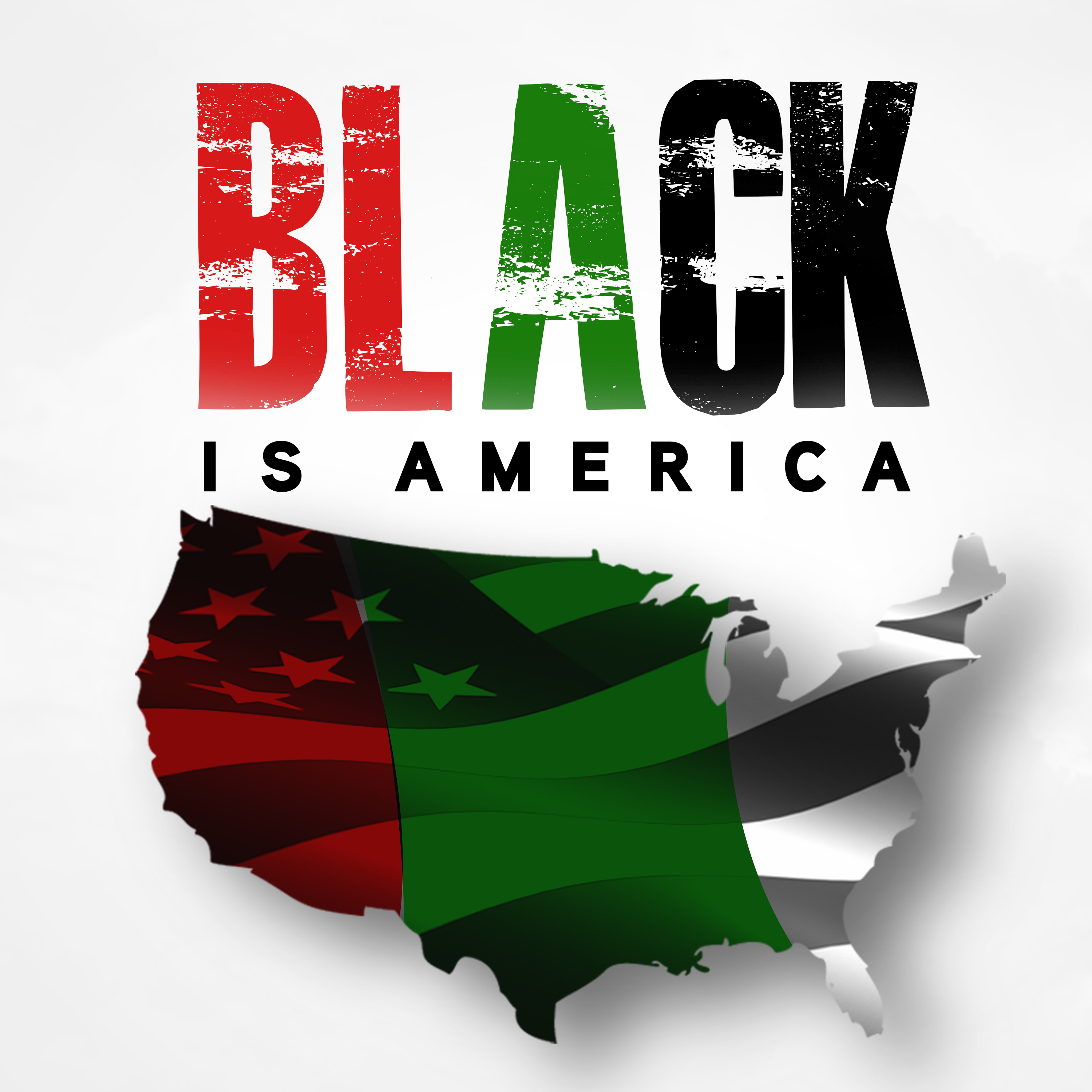 An Introduction To The Black Is America Podcast

Black Is America Podcast creator Dominic Lawson explains why he created the show and what you can come to expect from Season 1. It also includes a clip from the very first episode.

Hi, my name is Dominic Lawson, and I am the creator, producer, and host of the Black Is America podcast, an OWLS education presentation. Thank you so much for stopping by, and checking out what the show is all about. I am so excited to bring you this project. As we research the stories and the people we discuss, I am not only fascinated, but I'm also filled with pride, but a constant theme or more accurately, a question I keep asking myself is how come I never heard this story before we learned about our history in school, but there's only so much that is covered. So as a podcaster and storyteller, I decided, well, how about I just tell the stories myself. And it has been really fun to do so. Now, I don't believe in just creating content for my audience without sharing my credentials. So let me do just that. I have been a professional podcaster for almost five years now. If anyone is familiar with my previous work, I am the creator and host of the Award-Winning The Startup Life podcast, where I interview some of the world's top entrepreneurs. And we're talking about the co-founder of Netflix, the founder of Dunkin Donuts, the founder of Paychex, I think you get the gist. I've also launched many other podcasts in different genres from ones about black nerd culture, sports podcasts that cover the NFL, NBA, and many more. Currently, I am the host, producer, and editor for podcasts for one of the leading organizations of mental health and addiction recovery in the United States. I fly around the country and interview some of the top advocates and medical clinicians in the world on the subject. Needless to say, I am about that podcast life.  Now there are a few reasons why I wanted to start the Black Is America podcast. One of those reasons was because I wanted people particularly young people who look like me to know that the story of this great country could not have been written without us. And in the midst of social movements around the country and around the world. I wanted to remind them that our ancestors made the payment for us, beyond enslavement, in order to live our best lives and continue to live and strive for the American Dream, even, though there are those that are out there that don't feel as if it is ours to have. Secondly, my wife and executive producer of the show Kenda Lawson was reading an article one day where the movie producers said that Hollywood has, quote doesn't have any more good stories to tell, and that they have all been told end quote. Well, I mean, not only do I find that absurd, I actually took it as a challenge, which is why we created the show. And the last reason actually brings us to the clip I'm about to share with you. I was on Facebook one day and a good friend of mine who was always sharing and posting these amazing stories of African Americans shared one of Lieutenant John Fox, a soldier during World War Two. When I read this story, I was like This dude is an All-American badass. Again, I asked the question, though, how come I never heard this story before? And so I have always told myself that I've ever decided to do a history podcast involving us. I will start with him. So I'm keeping my word. What you're about to hear is the first two minutes of the very first episode of the Black is America podcast featuring Lieutenant John Fox enjoy. December 26, 1944. In the Serchio River Valley sector in the vicinity of Sommocolonia, Italy, it is Oh 100 hours when Lieutenant John Fox member of Cannon Company 366th infantry acts as a forward observer while attached to the 598th  Field Artillery Battalion. During Christmas night, there was a gradual influx of enemy soldiers in civilian clothes, and by early morning, the town was mainly in enemy hands. There were reports that the Germans were heavily shelling the area. Although most of the US infantry forces withdrew from the town, Lieutenant Fox and members of his observer party volunteered to remain behind on the second floor of the house directing defensive fire. Lieutenant Fox reported Germans were quote, "in the streets and attacking in strength." It is at this time Lieutenant Fox gives the order for the next strike. The commander believes that the coordinates are wrong because he says, "Fox that's going to be right on top of you." However, Lieutenant Foxx knows what he is asking. He also knows what he is about to sacrifice.

So what do you think? Yeah, I feel that too. These are the types of stories and storytelling that you can come to expect from the Black Is America podcast. We want to bring our history to you in a way that is fun, engaging, but more importantly inspiring. We also have interviews of experts and historians to help not only tell the story but put things in context. And for season one, we have an exciting slate of stories from a NASCAR legend, a singer deemed the voice of the century, that time of pop icon, save a  network, and so many more because that's just the thing. Our history is so rich that it needs to be shared. And we want to do that in a fun and unique way. Now, there are a few things I want to note or highlight about the Black Is America podcast. First, always feel free to let us know what you think of the show. Good, bad, or indifferent. And if we get something wrong, let us know. Respectfully, of course, email me at Dominic@askowlsoltions.com or leave a review on Apple Podcasts or wherever you get your podcasts. Who knows, we may read some of them on the show. Now, this next one is a big one. Is this show in response to critical race theory or CRT? The answer is no. But also Yes. Look, if the Black Is America podcast starts a conversation or helps facilitate a conversation about race in this country, then so be it. The goal of the show is not I repeat, not to show African Americans as superior to another race or to rewrite history. It is actually a platform to add to that history, provide some more context. And to give the black community more heroes that we haven't either heard from before or have not heard enough about, it's to show that the story of America this great nation, the way that it is, could not have been written without our contributions. And believe me, there are a lot of them we're going to cover. Also, speaking of contributions, it's hard to be African American sometimes, and I get it, I'm a black man, I definitely get it. And so it's easy to say that we won't celebrate this American holiday or acknowledge this American custom. And look, I'm not here to say you should or should not celebrate a holiday. However, the black experience is so ingrained in the American experience, that it's hard to separate the two, for instance, how the African American soldier has been part of every single military campaign, this country has been engaged in. The sacrifice of Crispus Attucks led to the birth of this nation, or how it was our once enslaved ancestors that created Memorial Day. MLK, John Lewis, the civil rights movement, the list goes on. My point is that our ancestors made a heavy investment in the United States in order for us to flourish. This country is far from perfect, but it still belongs to us. So I think it's unfortunate sometimes to dismiss certain American traditions when we actually are the ones that created many of them. So that is the Black Is America podcast, with episodes launching in February of 2022. I know that's a while from now, but we want to make sure we do this show and do this show right. Be sure to follow us on Facebook, Twitter, and Instagram for updates on the show, and other cool stories about our amazing history. Be sure to subscribe to the Black Is America podcast, so that way when there are new episodes, you can listen immediately. So we will talk to you in a little while. And again, welcome to Black Is America.